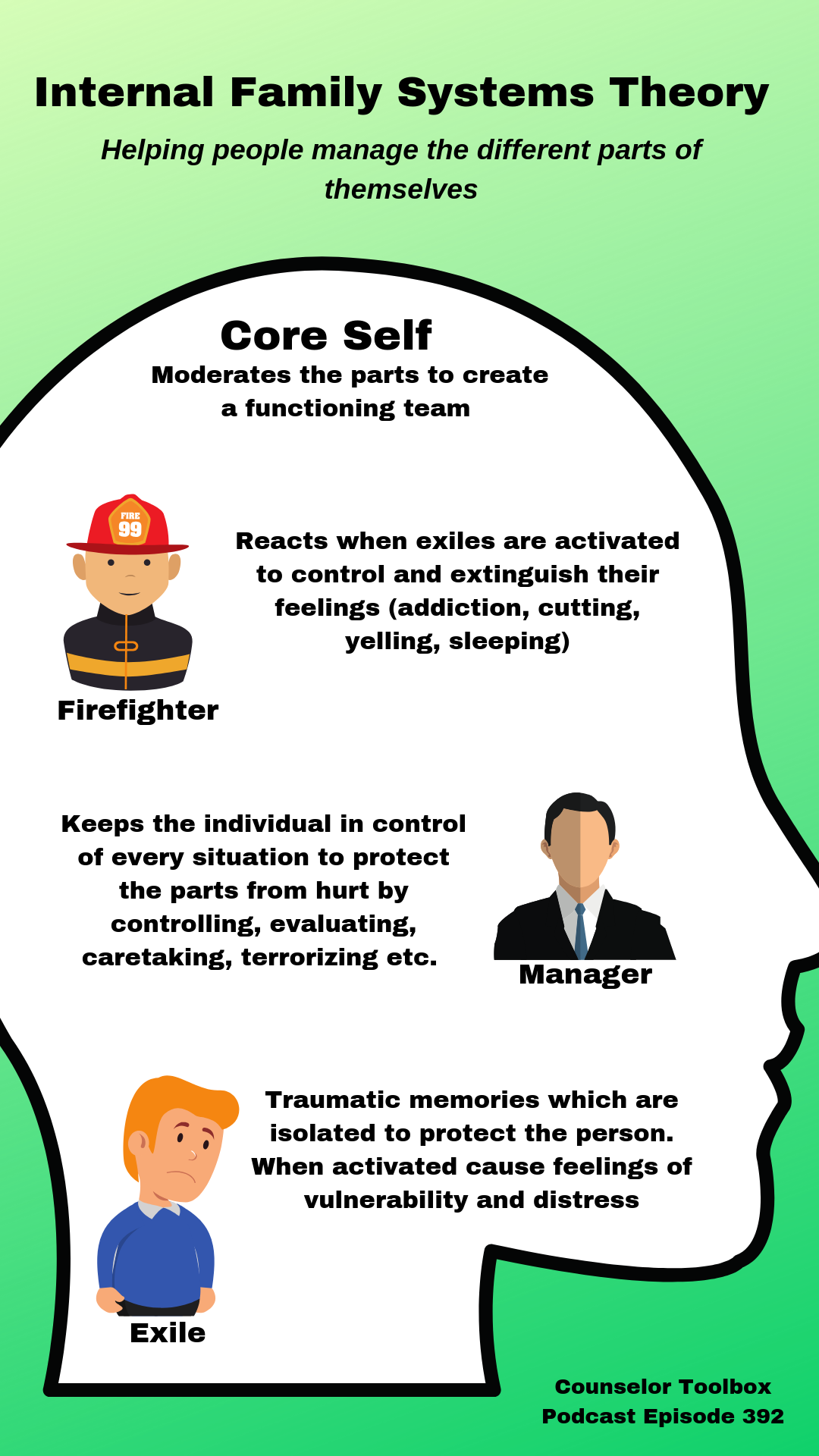 Family therapist Richard Schwartz, Ph.D., developed Internal Family Systems Therapy (IFS) in the 1990’s. Fundamental to the therapy is the notion that each person possesses a Core Self, or an undamaged part of the Self that is not affected by trauma, memories or conditioning. This Core Self, as Schwartz describes, is the essence of who a person is and possess three different types of sub-personalities.

For example, when a trauma is experienced, an Exiled part may have been created. The exiled part contains the suppressed emotions of the even that could not be expressed or resolved at the time of the trauma.

The Manager part continues to ensure the Exiled part remains suppressed so the person does not have to confront the difficult feelings.

The Firefighter part, like the Manager, is also in a protective role. It’s function is to distract a person from the emotional pain of the Exiled part through some type of compulsive behaviour.

The goal of IFS therapy is to restore trust in the Core Self.  The client can work towards freeing the other parts of their extreme roles and to harmonize the personality.

Contact our Intake Manger, Susan Graham, to learn more about IFS and the therapists available to provide this therapy.